Frame Control Explained – The Most Important Concept in All of Game 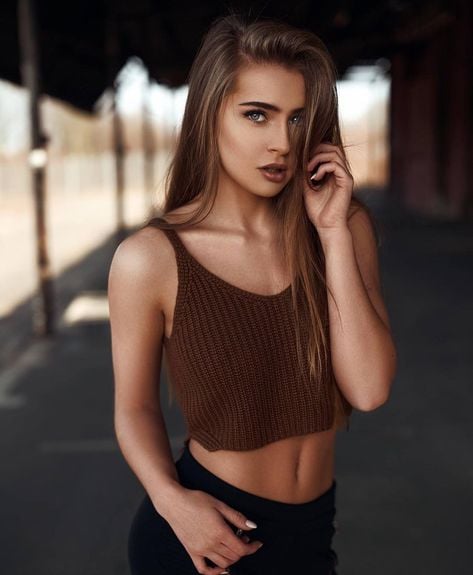 The moment I started seeing my online dating conversations in terms of frames, it was an absolute gamechanger! It exploded my results instantly. But very few men truly understand this concept and are losing out massively and getting walked all over as a result. So what is a frame? There are two ways in which I like to define it.

From the first point of view, a frame is a perspective through which one sees the world. For example, someone may have an interaction that didn’t go as expected. One person may label it a failure; the other person may label it a lesson. Neither of these is the absolute truth. They’re merely perspectives. Another example is the glass half full or half empty idiom. You get the point. In every conversation, there are always frames going on.

That said, the frames in a conversation are often much more subtle and indirect, not to mention women primarily express themselves through emotions, not just words. So the second definition I want to give you for what a frame is it’s the underlying emotional meaning and implicit associations that tie into what’s being said. Let’s say you’re at a club
talking to a girl. She all of a sudden says, “You’re a fuckboy aren’t you” the underlying implication of this is that – you fuck a lot of girls, you’re only looking for sex, you’re attractive, and on the negative, it could infer you’re immature, careless, shallow. You always want to assume the positive implications when flipping frames (unless handling concerns).

So my response would be, “Nah, I’m a virgin,” in a sarcastic playful tone. The underlying emotional implication of this is, “No shit, you’re being dumb, yes I am, and I own it.” Now let’s say my response was, “No, I’m not a fuckboy I only want genuine connections” you’d have the weaker frame because you’re reacting and qualifying against hers. Guys fail at this all the time, saying whatever will appease the girl, which is straight-up weakness and self-betrayal.

Here’s another example let’s say a girl says, “I bet you use that line on every girl” the implication of this is pretty straight forward – On the negative end: You’re unoriginal, you have no standards, On the positive: You’re a player, I don’t feel good enough for you. Again working with the positives or the implications that work in my favour I would say, “How humble of you to think you’re not special” this infers that she doesn’t feel good enough andis doubting herself. Still, it’s done in such a way  where it’s mixed with a compliment and is very tongue and cheek; this stops the conversations from getting too combative.
I want to make it very clear because I see this mistake a lot as soon as I teach frame control. DON’T BREAK RAPPORT. And when I say don’t break rapport, I’m not talking about teasing (that’s not breaking rapport, in my opinion); breaking rapport is when your conversation goes from two human beings getting on with each other to two people hating each other. If I didn’t have much compliance in the interaction or the girl was very easily triggered, and I already knew that I wouldn’t use that line. Instead, I would say something like, “Yes. It worked on all seven of my past wives”. So always be aware of this when you’re
picking and choosing frames.

Ideally, after “How humble of you to think you’re not special” you would want her to say something like “No. I know my worth blah blah…. This means she’s qualifying against yourframe, in which case you would then reward her. If she just replies with “Lol” or “F*ck off” refer to the last paragraph. Good frame control is about having the ability to interpret responses abstractly, think of all the underlying implications, pull out the ones that work in your favour, and tie them into a response.

Often this will involve the art of misinterpretation. Here’s one of my favourite examples. I was a having conversation where BDSM came up and the girl said, “Bold of you to assume you’d ever be able to tie me down” underlying implication – You’re weak, i’m dominant, i’m the prize, and you need to chase me. I misinterpret this is as her saying tie me down as in get her into commitment. So I say “I wouldn’t want to tie you down. I’m not the clingy type are you?” I subtly infer she’s clingy and phrase it as a question, so she’s baited into qualifying against my negative frame in which she did. Again many guys would say something along the lines of “You’re so small, dominating you would be easy” this would put you in the weaker position as you’re qualifying and explaining yourself.

I could go on forever about this, but that’s enough for now. I give a way more in-depth explanation in the product, give tons of examples, and explain the four powerful techniques I use to flip any frame. In the meantime, experiment with seeing your interactions through this lens and start looking into what’s being said below the surface, not just explicitly; get creative with how you interpret replies and make whatever is being said work in your favour.