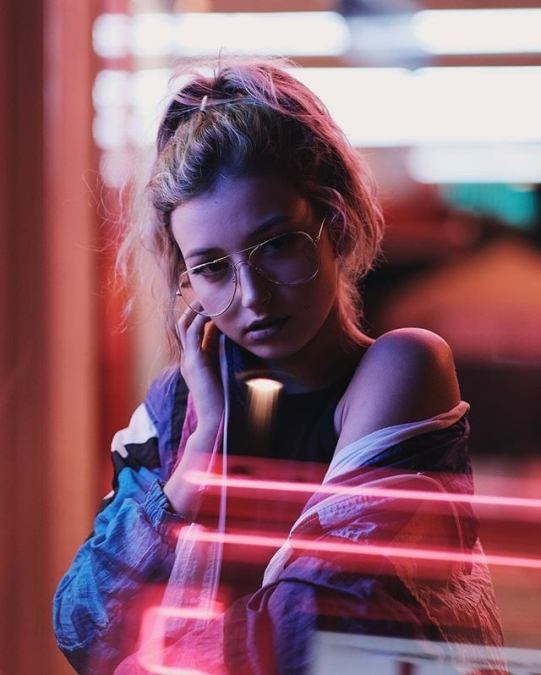 “Qualification” is a word you hear thrown around left, right, and centre, but very few guys truly understand it.

The definition of qualification is “A condition that must be fulfilled before a right can be acquired; an official requirement.”

Most men in their interactions with women are falling victim to the idea that she’s on a pedestal, and they have to live up to her requirements. In this post, you’re going to learn how to flip this dynamic, get her chasing and stop being a SIMP.

The main reason guys get qualification wrong or confused is because they don’t understand the four primary forms qualification comes in, which are

So let’s go in depth into each

When she qualifies herself to you

This is my absolute favourite. It’s the technique that enables you to get her chasing you like a mothef*cker. Provided you have enough compliance (read post “Understanding Compliance & – Investment” if this sounds like an alien language to you). Going back to the definition at the start, “a condition that must be fulfilled before a right can be acquired; an official requirement.” “Her qualifying herself to you means she is explaining why or clarifying the fact that she fits your criteria”. For example, the other week, I was talking to a girl in the club about the types we go for. I said, “I once wrote a massive list of all the qualities I look for in a girl” this baited her, and she immediately asked what the qualities were? I said I’d give her the main ones. So I listed: open-minded, think for themselves, into psychology and self-development, kinky and sexually adventurous, etc.” and when I finished, she said, “Wow you just described me” she then went on explaining how much she loves reading
books on psyche, how she’s been to Tony Robbins seminars, how wild she is sexually.

This is a prime example of a girl qualifying to you.

And this is perfect because we don’t explain why we fit someone’s criteria unless we like them. So it’s not only a good sign of attraction and compliance but also, when we do it, we backwards rationalise that we must really like this person.

Some great qualifying questions are

Another way to get her to qualify to you is through disqualification.

For example, if you were to say, “Oh shit. Maybe you’re too innocent for me,” when you know she’s clearly not and doesn’t see herself that way. If she’s attracted, she would most likely qualify, saying, “Nooo. I’m not innocent” blah blah.

When you qualify her

Some of you who are more on the asshole side of the spectrum may be perplexed by this one.

“Why would you validate her?” you may think. First off, validating and rewarding good behaviours is a primary tenant of technical game.

But beyond that, it’s actually a high-value behaviour to qualify a girl. Why? Because it conveys that you have standards, and it makes her feel special and like she’s won over your approval.

Now you may say, what about all the guys who just say, “OMG! Your eyes are so beautiful, Sarah, like the ze ocean. I trade five camels for you”

Well, technically, they are qualifying her. But it’s a shitty and generic, disingenuous qualifier that is often said by men who would say the same to any woman straight away.

Something like “I like that you think for yourself and don’t give into social pressure” is much better.

The best qualifiers come from when you’re qualifying something unique to them, that they value, and, more importantly, that you truly value. For example, I like girls who can have deep conversations that go beyond the surface level. So I could qualify her with something like, “So many people just have surface-level conversations. I like that you go deeper, and have a lot of interesting things to say”.

When you qualify yourself to her

This is the hallmark of SIMPING. In my recent post about Frame Control, I talked about how the most reactive person, who feels the need to justify themselves the most, is always the one with the weaker frame. Well, this goes for all social interaction.

Let’s say a girl says. “I bet you’ve said that line to every girl at this club” she’s implying that you have no standards, are low value, etc. Now, if you were to qualify yourself, you’d say,  “Nah, I haven’t done that. I’m not that kind of guy” and her vagina would dry up.

Another form of you trying to qualify yourself comes when she explains what she likes in a guy or just in general let’s say she says “I love guys who f*ck really hard” and then you straight away say “You’re talking to the right guy then. I fuck really hard!” bur burgh. Small dick energy right there.

I would say something like “Be careful what you wish for” and bait her into qualifying that she can actually handle it. Another example is when a girl asks you if you have a big dick.

Pretty much every guy ever will try to insinuate that they do. Me however, I like to respond with. “No. I’m north Korean below the belt” with a smirk on my face.

As an exercise, pay attention to when girls mention qualities she either likes or dislikes or gives you shit for something. And see if you automatically start explaining yourself and saying what your monkey mind thinks she wants to hear. If you do, make a conscious effort to break that habit and throw the qualification questions back on her.

When she qualifies you

Ah sweet sweet validation. Lol. It’s good to spot when she qualifies you, meaning she explains why you fit her criteria, as this is a good sign that she’s very much into you. It could be something as simple as her saying, “I love your voice” or “I like x y z” again, the more unique to you it is and the more relevant it is to the traits women look for in potential lovers, the more it’s a sign that’s she ready to jump on you. Ie. Her saying “I like your shoes” doesn’t mean anywhere near as much as her saying, “You’re so dominant, I like that”

Alright, so there’s the main four forms of qualification. Keep in mind you don’t want to overdo it or make it too obvious. Also, bear in mind that getting her to qualify shouldn’t be done unless there’s adequate compliance, and you shouldn’t qualify her unless it’s warranted (ideally, you do it to reward good behaviour. More importantly, don’t ever qualify yourself and know if she’s qualifying you, some babies are ready to be made.

If you have any questions, drop them in the comments till next time.